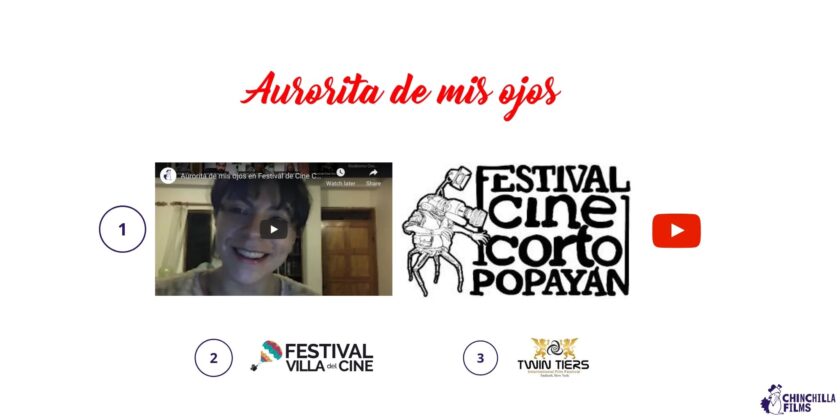 October has been a lot of fun for us!!! We received the news of three OFFICIAL SELECTIONS of our beloved Aurorita de mis Ojos.

In the OFFICIAL NATIONAL SELECTION of the Festival de Cine Corto de Popayán that took place between October 19 and 23 in a purely virtual way. The 12th edition makes it consolidate even more during the pandemic due to its tradition in the short film format and in the industry at the national level. Also in New York City within the framework of the Twin Tiers Film Fest the film enters the Official Selection. This festival will run next year. And last but not least we participated in the Festival Villa del Cine organized in the iconic city of Villa de Leyva, Colombia.

You can relive the interview with our Director Natalia Chinchilla during the festival here: Aurorita at Popayán.